Have you ever configured a batch class to import electronic documents (i.e., eDocuments in Kofax) and noticed that when those documents export to your folder/repository at the end that the filename is appended with a "1"? This unique situation is expected behavior if you import and your batch class is configured for eDocuments.

To explain, let's assume you are importing PDF documents and, during export, you have chosen a field called "title" entered during Validation to be the name of your documents.

During import, Kofax Capture will treat each PDF being imported as a single self-contained "eDocument." When importing, each eDocument becomes a Kofax "page." It doesn't matter how many pages the PDF actually has inside of it; Kofax considers it a single item that becomes a "page" of a Kofax document. With this in mind, if you imported two PDFs, for example, you could have two scenarios:

Scenario one is where the difficulty arises. In normal cases, such as when scanning, when the batch gets to export, all the TIFF images that were pages of a document are either packaged into one multipage TIFF (or Kofax PDF if you converted to PDF as part of the process) and the document is named with the title that was input during Validation.

In the case of eDocuments, they are already self-contained PDF files that were simply imported into the system as-is and not converted. During export, even if there are two eDocuments (i.e., "pages") in a Kofax document, Capture does not merge them together since those "pages" are two separate self-contained PDF eDocuments (each with however many pages that PDF had inside of it). So, as they export, the name of the document (in this case, the title field in Validation) would be used for each PDF eDocument in that Kofax document. That would cause a duplicate file in the export destination directory. To avoid this, Capture automatically appends 1, 2, and so on to each eDocument within a single Kofax document.

Note 1: if scenario 2 is chosen, the given export connector could be customized to not append the number but that would restrict all Kofax documents to a single "page" or eDocument in each Kofax document.

Note 2: For PDFs at least, there is a possible workaround. You can make sure to select the option to treat imported PDFs as TIFF images in the Advanced Settings of the Batch Class properties. This will convert the PDF to a TIFF. You can then convert it back to a PDF using the PDF Generator before exporting (in this case it is exporting a Kofax PDF and not an eDocument.

There are times when you may notice that when you are importing high-quality PDF documents into Kofax Capture using Software Import and the option to treat imported PDFs as TIFF images enabled, the resulting image does not look very good compared to the original. In this case, Kofax converts the PDF to a TIFF image with a default resolution (DPI) of 200. This may reduce the quality of the resulting image depending on the original DPI.

There is a way around this with a quick configuration change. Implementing the following changes will allow you to update the default DPI of the resulting TIFF image converted from an imported PDF.

To serve customers, businesses tend to solve process problems quickly—although not often also with efficiency. Instead, the solve often includes tasking workers with... 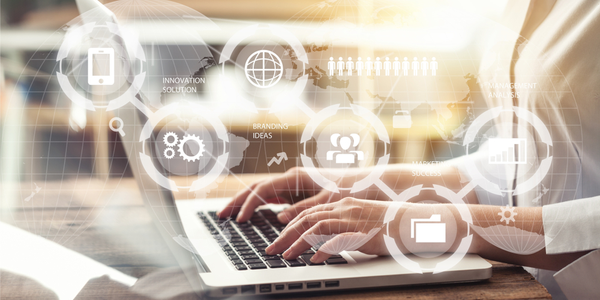 Sometimes It’s Not So Simple

Demands to make the complex simple are a constant in any engineering domain, particularly in the software realm. Systems should produce immediate, spectacular results ...